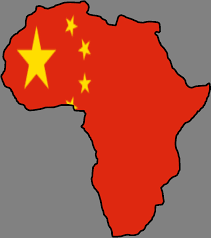 Trade between Africa and China grew by US$20.8 billion following the first China-Africa Economic and Trade Expo held in Hunan province, China, from 27-29 June.

The expedition hosted over 1 600 guests from 53 African countries and over 3 500 guests from China. The total number of attendees including foreign exhibitors, buyers and professionals was over 100 000. Representatives attended from the United Nations, World Food Program and World Trade Organisation.

Hunan province and Africa have increased bilateral trade by 50% in the past four years to reach $2.8 billion in 2018. The expo was the first national platform hosted by Hunan and it will remain the permanent location for the China-Africa Economic and Trade Expo.

The intention of the expo was to create a new platform for cooperation in economics and trade between the two partners. The idea for the expo was launched under the framework of the Forum on China-Africa cooperation.

The United Nations Economic Commission for Africa said the expo would boost trade and economic business between Africa and its largest trading partner, China. Bilateral trade volume between the two partners grew by 3% in the first half of the year.