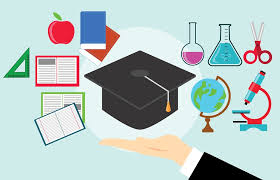 China and Africa collaborate on education

Strengthening of ties between Chinese and African universities China-Africa meet opens in Uganda for vocational education China and Africa are increasingly working together on...

China and Africa are increasingly working together on educational initiatives. Scholars from various African universities recently visited institutions and cultural centres in China, where they agreed to collaborate with the Chinese on joint research projects in humanities and social sciences.

Head of the Department of Sociology at the University of China, Maria Kaundjua, said Namibia can benefit from what she learned at the International Poverty Reduction Centre in Beijing. China has successfully implemented measures that significantly reduced poverty. If Namibia wants to meet its development initiatives outlined in the Namibia Development Plans and Vision 2030, adopting the Chinese poverty reduction approaches could stand them in good stead.

China reduced poverty from 98 million people to 16 million. Rural development, for example, was fuelled by providing 99% of the population in rural areas with electricity. The country wants to  completely eradicate poverty by the end of 2020. China’s insights into poverty reduction could benefit the many poor nations in Africa. A village in Tanzania, Peya Peya, is applying the model adopted by China. This has potential to be adapted in other areas of Africa.

Separately, a meeting was held between Chinese and African institutes to determine how vocational education could accelerate Africa’s development. The two-day China-Africa Vocational Education Academic Exchange Seminar in Uganda, was attended by 16 institutes from China and 40 from Africa.

The Ugandan Minister of State for Higher Education John Muyingo said skills training and education are a top priority to create employment for Ugandan youths, who make up two-thirds of the population. Uganda was upgrading six institutes into Centres of Excellence capable of vocational education and equipped with modern training tools and human resources.

Ma Bo, the principal of Sunmaker Oil and Gas Institute, a Chinese skills training school in Uganda, told the seminar  there is a desperate need for skilled people in Africa. China has made vocational education an integral part of its economic and social development plan. A similar approach could be adopted in East Africa with cooperation between East African countries and China.

The seminar is expected to result in memoranda of understanding to be signed between Chinese and African institutes with the intention of boosting bilateral and multilateral international cooperation.