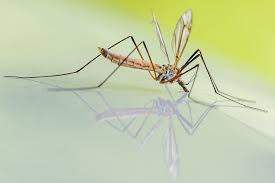 Malaria is an ongoing pandemic on the continent China is helping to ease this burden using mass drug administration Chinese scientists started working on...

Chinese scientists started working on a solution for malaria in 2007. New South, owned by a Chinese philanthropist, led this work and reduced the presence of malaria in Comoros, a small island off Africa’s east coast. Since then, the scientists have set their sights on Kenya, an ambitious target as the country is home to almost 50 million people.

China is using a widely tested approach that is different to the Western approach of focusing on experimental interventions. Chinese researchers use mass drug administration (MDA) which entails handing out antimalarial medication to every man, woman and child in a certain area in one go. The rationale behind this is to eradicate malaria among humans as opposed to killing off mosquitoes.

China has been using the MDA method, along with other methods, to fight malaria since 1981. The country celebrated no new native cases of malaria in 2018 – the first time in 1 000 years. Should this same success be seen in Kenya, it could significantly ease the pressure malaria places on the country’s health system and economy.

Dr Bernhards Ogutu, a researcher at the Kenya Medical Research Institute, appreciates the Chinese efforts, saying that for too long malaria has been treated by “firefighting” – the health system waits for people to become sick with the disease and only then treats them.

MDA would be a preventative measure on a large scale. Dr Ogutu predicts that this method could potentially eradicate malaria in certain parts of Kenya within the next five years.

Malaria is one of three leading causes of death for children in sub-Saharan Africa, 90% of the world’s malaria cases occur in Africa and Africans account for 92% of deaths due to malaria. 70% of the Kenyan population are at risk. The need for intervention is crucial.