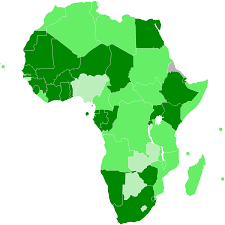 China welcomes the launch of AfCFTA

Sunday 7 July saw leaders from 54 African nations meet to agree on the pan-continental free trade zone China is said to have played...

The African Continental Free Trade Area, AfCFTA, is a continental free trade zone that, if successful, will connect 1.3 billion people and create a US$3.4 trillion economic bloc, boosting the continent’s economy.

AfCFTA will be the world’s largest free trade zone. The deal will start by reducing tariffs for goods traded within the bloc. AfCFTA finally secured a signature from Nigeria following four years of negotiations.

China congratulated the African nations on 8 July, after the weekend launch of the AfCFTA in Niamey, Niger. The ministry of foreign affairs in China, Geng Shuang, said AfCFTA’s launch was a milestone of Africa’s economic integration, demonstrating that African countries seek strength and invigoration through unity.

The launch of AfCFTA is a significant step for China as well as it would boost trade between Africa and China, Geng Shuang said. Under the umbrellas of the FOCAC Beijing Summit and AfCFTA, China would work to create more synergy with Africa by working for earlier harvests, creating better connectivity and a better business environment coupled with higher quality trade.

China was said to have played a part as a negotiator leading up to the launch.

China had bilateral trade agreements of over $200 billion in 2018 signed with over 40 African countries.