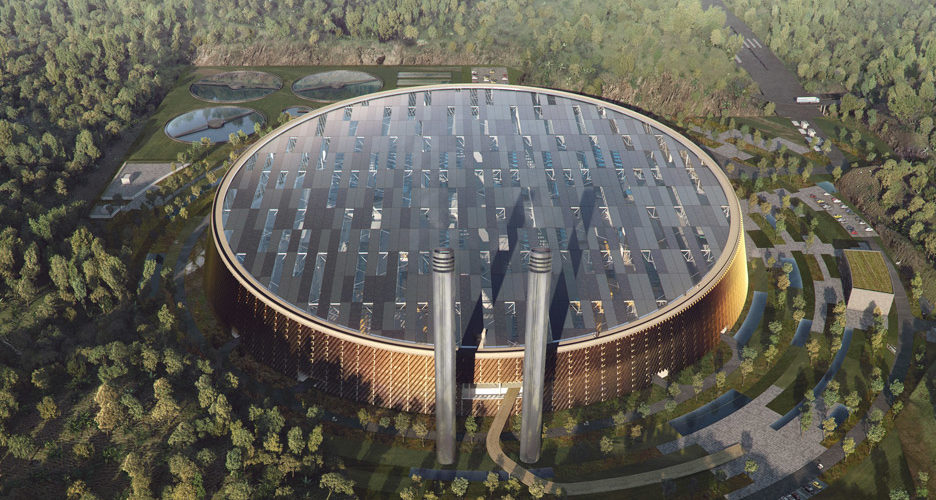 Modern metropolis, Shenzhen, that links Hong Kong to China’s mainland, produces over 15 000 tons of waste a day. This major city, home to 20 million people, expects that figure to increase by around 7% annually. A modern solution was sought, and this is how the waste-to-energy plant came to be constructed. The designing of the plant began in early 2016 and is expected to go live next year.

The waste-to-energy plant, by Schmidt Hammer Lassen and Gottlieb Paludan, is expected to handle at least 5 000 tons of waste per day. Using a simple, clean and iconic structure, the waste will be incinerated and turned into power.

This plant will use only the most advanced technological processes for waste incineration that will allow it to handle about a third of the waste generated in the city. The heat generated from the incineration of waste is used to drive an electricity-producing turbine. The potential emissions released from this process have caused concern, but architects insist they are half of what is released from an average landfill site.

The project aims to teach residents about the waste-energy cycle while showcasing China’s innovations in the sector. The public will be invited into the plant where they can walk through a landscaped park that will take them to an entrance lobby and visitor centre that overlooks the plant machinery.

The worldwide industry of waste-to-energy technologies is growing and will be worth an estimated $40 billion by 2023. China has the largest installed waste-to-energy capacity which has been growing by 26% annually over the past five years. This 26% annual growth has given rise to over 300 plants in operation.