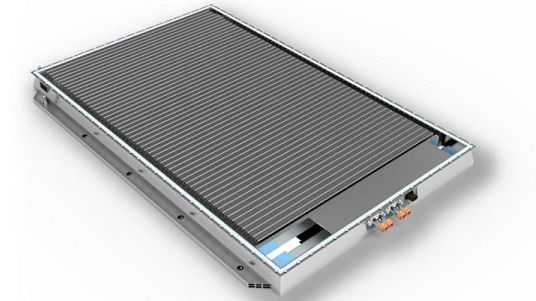 The world’s second largest manufacturer of electric vehicles, BYD, has launched the “Blade Battery”, which it says will significantly increase driver safety.

Company president and chairman, Wang Chuanfu, unveiled the battery via an online launch at the end of March. Wang said the battery design reflects BYD’s commitment to making electric vehicles safer, as well as setting a new industry benchmark.

BYD says some electric vehicle batteries are not safe because companies try to maximise “energy density” to achieve longer cruise ranges. In an industry about-turn, the group says battery safety should be prioritised before trying to optimise range.

During the launch, the Blade Battery was given a nail test, which replicates the puncture of a battery unit. Typical lithium phosphate batteries experience critical failure in the same circumstances. Surface temperatures can exceed 400 degrees Celsius and, in some cases, may even explode. BYD’s new product showed no signs of smoke or flame and remained stable between 30 and 60 degrees.

In another demonstration of the unit’s robustness, the battery was shown to be able to withstand a 2.6X overcharge, as well as to endure furnace temperatures of over 300 degrees Celsius.

Features such as the battery’s high exothermic reaction temperature and the unit’s ability to not release oxygen during a failure, were essential to keeping batteries from potentially life-threatening malfunctions, said BYD vice president, He Long.

Each unit of the Blade Battery is arranged in a manner that makes the battery longer and thinner than traditional electric vehicle batteries. This unique configuration may save up to 50% more space compared to block-like lithium phosphate batteries, said BYD.

BYD’s flagship sedan, the Han electric vehicle, will sport the Blade Battery when it is launched in June this year. The Han electric vehicle is touted to have a 605km cruising range and can accelerate to 100km/h in 3.9 seconds, only marginally slower than the Tesla Model 3’s reported 3.4 seconds.