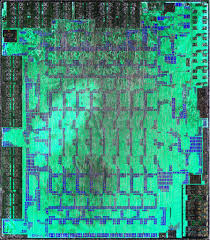 Shortly after US President Donald Trump signed a law blocking Chinese telecommunications group Huawei from using US-made hardware and software, Semiconductor Manufacturing International Corporation (SMIC) reported it had received $2.2 billion in funding. The move is part of China’s efforts to end its reliance on US chips.

Shanghai-based SMIC, which creates around 6 000 14-nanometre wafers per month, has seen its capital grow nearly 100% with the multi-billion dollar investment, allowing it to rapidly scale up manufacturing capacity.

The funding was sourced from the government-backed Big Fund which, since 2014, has been crucial to China’s attempts to become a global player in the chip production industry, said SMIC.

Efforts by the US administration to freeze Chinese telecoms groups out of the market have forced companies like Huawei and SMIC to become more self-sufficient in terms of chip advancement and production.

In May SMIC announced it would be mass producing the Huawei Kirin 710A chip – the first Chinese chip to be developed and produced domestically.

The head of Shenzen-based research company N1 Mobile, Sun Yanbiao, says Huawei has benefitted from the investment which has allowed it to shift production to the mainland. The move would play a part in ending Chinese reliance on chips made by Taiwan mega foundry TSMC, he said.

For Huawei, acquiring intellectual property rights to the Kirin 710A will also cushion the fallout of the ongoing China-US trade war.