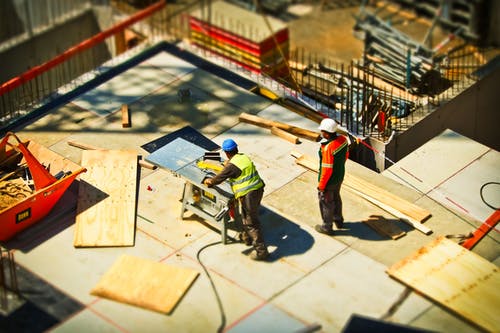 The technology, developed by the Institute of Automation in Beijing, syncs with CCTV cameras. It is able to pinpoint construction workers without hats and those entering or exiting restricted areas, while enforcing social distancing and spotting workers preoccupied with activities other than work.

The video link is fed to a database for what the report calls ”disturbance-free” surveillance. The system uses biometrics.

Chinese legislature wants to address some of the potential ethical points of the technology. In May this year, Wu Yi, a National People’s Congress (NPC) delegate from Yunnan Province, formally asked the NPC to address the proposed legislature. The law was originally scheduled for 2024, but its promulgation has been accelerated as 5G rolls out across mainland China.

Construction has long been one of China’s deadliest professions.

In the last half-century, more people have died in construction than in any other occupation in Beijing. An unnamed Guangzhou real estate contractor told the South China Morning Post that machine supervision at high-risk sites could be life saving.

AI and facial recognition technology’s benefits are not unknown in China. They featured prominently in the news in May, when Mao Yin, a home decorator in Sichuan, was reunited with his mother after 32 years.

Mao was abducted as an infant from his home in 1988 and sold to a childless couple in a nearby province. Mao’s mother worked with police to track him down. Using an old photograph, he was located through CCTV and facial recognition to reunite with his mother in an emotional televised broadcast.