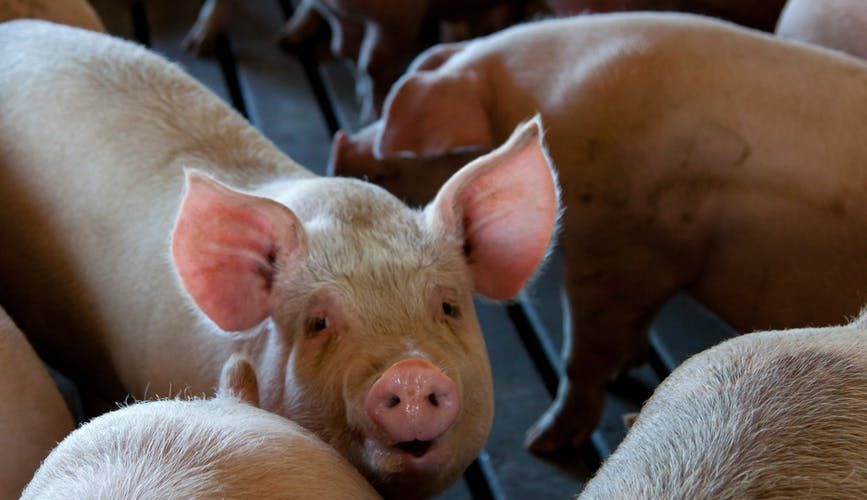 Stiff trade restrictions imposed under the Trump administration hurt Huawei’s smartphone sales. Huawei-built smartphone sales dropped 42% in the last quarter of 2020 after the chips vital to their performance and Google services were withdrawn by the US.

The $160 billion company’ is now helping modernise pig farming in China by bringing its expertise in artificial intelligence to the fore, said company president of machine vision business, Duan Aijin, via Weibo in February.

Ren Zhengfei, chief executive and founder of Huawei, said “self-reliance in production” would be critical.

Huawei has started a ‘self-reliance’ programme called Nanniwan, which will see the company venture into new fields such as coal, iron, music, steel, and now, swine farming.

Nanniwan is a near-century-old symbol of self-reliance. The term refers to an arid region in China that was made farmable by tenacious citizens during the Second World War.

Pork is a $70 billion industry in China. Huawei is entering a space where hi-tech pork or precision livestock farming (PLF) is in its early stages.

Companies like Yingzi Technologies use AI to monitor pigs from birth to slaughter. Everything from diet portions and nutrients is refined through algorithms.

Optimising swine farming through AI makes for more humane farming, according to machine learning expert, Professor Mark Hansen. Hansen said swine healthcare is shifting towards a more proactive model and is a “win-win” for humans and pigs.

Huawei wants to further develop its wearables, focusing on healthcare. It has started research programmes for hypertension, body temperature, and heart disease. Huawei is the world’s third largest vendor of wearables after Apple and Xiaomi.

Smart vehicles are another industry Huawei is betting on. While the tech firm struggles to ship smartphones, it has started developing the infrastructure for AI-assisted cars and self-driving cars. In November last year, Huawei announced that Richard Yu, the architect of Huawei’s smartphone division, would lead the programme as the two divisions merged.

Ren Zhenfei said an end to US sanctions is likely not near but Huawei could survive despite being hurt in the smartphone sector.