China tech91 Chinese innovation74 Chinese technology126 Chinese vehicles22
A team of Chinese scientists have developed a laser capable of seeing through walls from a kilometre away. Once relegated to the realm of... 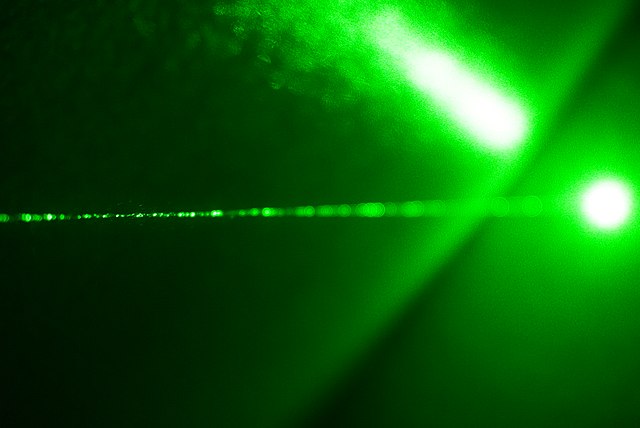 A team of Chinese scientists have developed a laser capable of seeing through walls from a kilometre away.

Once relegated to the realm of science fiction, the significant advancement in quantum electronics may have applications in everything from defence to autonomous driving.

Developed by a group of University of Science and Technology of China researchers, the technique is called non-line-of-sight (NLOS), according to a paper published in Proceedings of the National Academy of Sciences.

The researchers developed the method by setting up a laser emitter in a university campus room in Shanghai, and a mannequin placed in a downtown flat located roughly 1 000 meters away.

The device emits a pulsing laser across the streets of the city and into the room with the mannequin. The pulse of photons scatter off any walls and surfaces they encounter.

By analysing how the photons interreact with the walls, screen, and mannequin, the scientists can calculate the mannequin’s position relative to the walls and screen and draw a rough 3D image of the room and the mannequin, with a sophisticated algorithm.

The scientists point out that interpreting the position of the mannequin is possible because the speed of light is always a constant 299 792 458 meters per second.

To overcome the obvious puzzle distance presented, the laser system was designed with multiple lenses which prevented stray light from interfering with its long journey from the campus room to the downtown flatlet.

The algorithm designed to create a visual representation of the environment was developed with long-range outdoor travel.

The paper explains that NLOS has a “range three orders of magnitudes longer” than any existing technology which opens it up to real-world scenarios.

Wu Cheng, a co-author of the research paper, told the media that NLOS may be useful in the continuing effort to make safe autonomous driving.

He said road surface and other rough or sub-optimal surfaces in a street environment would be sufficient to reflect the light needed for an image to be created, but the development team would have to overcome the dynamic movement of the self-driving car.