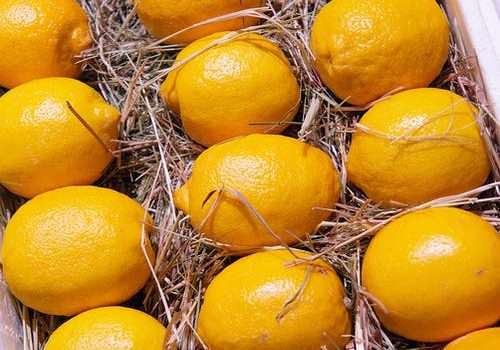 China SA trade5 China South Africa5 chinatrade3
South Africa’s citrus season may be coming to an end, but local lemon exporters can look forward to a welcome increase in their export... South Africa’s citrus season may be coming to an end, but local lemon exporters can look forward to a welcome increase in their export numbers to China.

In June 2021, South Africa’s Department of Agriculture, Land Reform and Rural Development signed a new shipping protocol, allowing farmers and exporters to gain an improved foothold in the Chinese market.

The protocol, which outlines new phytosanitary requirements for lemon exports, was signed by the South African department minister, Thoko Didiza and the Chinese ambassador, Chen Xiaoding.

Under the new protocol, cold treatment and disinfection for lemons can occur at 3 degrees Celsius for no less than 18 days. Previous guidelines, which were originally penned in 2006, stipulated temperatures had to be at -0.6 degrees Celsius for 24 days.

The sub-zero temperature was opted for because China had previously expressed concern around a potential pest issue, in particular the false codling moth, a relatively common pest in the lemon and citrus industry.

The government department and the Citrus Research Institute (CRI) spent several years gathering evidence to support the protocol changes, according to Food for Mzansi, a South African media outlet.

Justin Chadwick, the chief executive officer of the Citrus Growers’ Association of Southern Africa, expressed his excitement at the news and future business opportunities with China.

Chadwick explained that lemons are particularly susceptible to cold damage whilst in storage and transit. As a result, South Africa, one of the planet’s chief exporters of citrus, has previously shipped relatively few lemons to China. Chadwick said he expects the new protocol will boost lemon exports significantly and confirmed that South Africa would send more lemons to China this year as a precursor to much larger volumes in 2022.

There are potential pitfalls and bottlenecks South Africa’s lemon exporters will have to negotiate going forward. Durban, one of the county’s largest ports has struggled all year with congestion issues, especially in the last two years where bumper grain harvests have coincided with citrus shipments.

Transnet, one of South Africa’s largest logistics companies, was hacked in July 2021, resulting in its port terminals and cold storage being significantly compromised as a result of the cyber attack.

There is also a global container shortage at present, as well as the effects of the civil unrest and looting experienced in some parts of Durban and Johannesburg in July.

The Citrus Growers’ Association of Southern Africa said it had plans to alleviate some of the burdens on ports by outsourcing specialised ships with cooling facilities onboard, known as reefer ships.

The group also urged more participation by the private sector, something the government agrees with, committing R100 billion to potential private investment into port infrastructure over the next decade, according to Engineering News.