China innovation41 China sustainability46 China tech91 Chinese innovation74 Chinese sustainability19 Chinese technology126
A team of Chinese scientists has achieved a breakthrough in the field of nuclear energy. Working out of a massive specialised facility in Shanghai,... 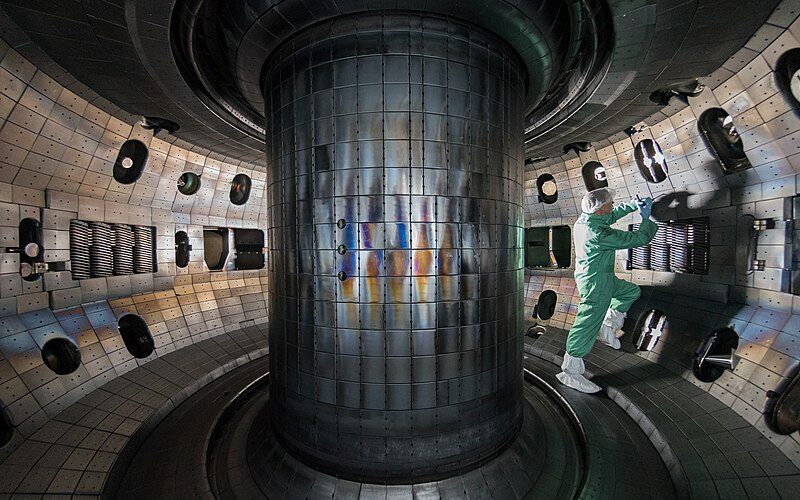 A team of Chinese scientists has achieved a breakthrough in the field of nuclear energy. Working out of a massive specialised facility in Shanghai, the research team has been trying to simulate how the sun creates energy. If successful, the scientists believe they could have a source of sustainable, infinite energy.

Lead scientist, Zhang Zhe, and his colleagues began work at the Shangguang II laser facility last year. The research unit has conducted three tests to date and has a fourth lined up for December, according to the South China Morning Post.

Initial results have the team optimistic after their work was published in the peer-reviewed scientific journal, Acta Physica Sinica.

Completed over a six year period for China’s Academy of Sciences, the research received funding of around $156 million from government.

Zhe and his team’s efforts to find a cost-effective method to create nuclear fusion, led them to the double-cone ignition scheme developed by fellow Chinese physicist and former president of Shanghai’s Jiao Tong University, Zhang Jie in 1997.

Jie’s hypothesis had collected dust for more than two decades because 20th-century lasers did not generate enough energy to manifest the ideal conditions for fusion.

However, Zhe and his peers now have access to some of the most powerful lasers in the world, making the double-cone ignition scheme a possibility.

A laser is used to fire beams at a pair of tiny gold cones no larger than pencil tips. The cones, facing each other nose-to-nose, emit hydrogen plasma.

When the plasma and beams make contact under precise conditions, they trigger a nuclear fusion reaction and potentially access an endless well of energy. Speaking with Chinese media in November, Zhe said the goal of his project was to create fusion sustainably.

While hefty, the amount of funding received was comparatively small in relation to the International Thermal Experimental Reactor (ITER) in France which received an amount somewhere between $45-65 billion in funding, Zhe noted.

On using gold cones for the process, Zhe explained that although each cone is vaporised after one use, they are so small and lightweight that thousands could be mass-produced from a single grain of gold. However, the process has not been without its hiccups.

Zhe and his team noticed that the thin layer of plastic used to coat the hydrogen plasma inside the cones was developing micro-blisters which could burst and cause a significant loss of energy. To counteract this problem, the scientists are experimenting with laser stability and plastic thickness.

While good progress was being made, it will speed up in 2026 when several next-generation facilities around China will become operational, commented Zhe.