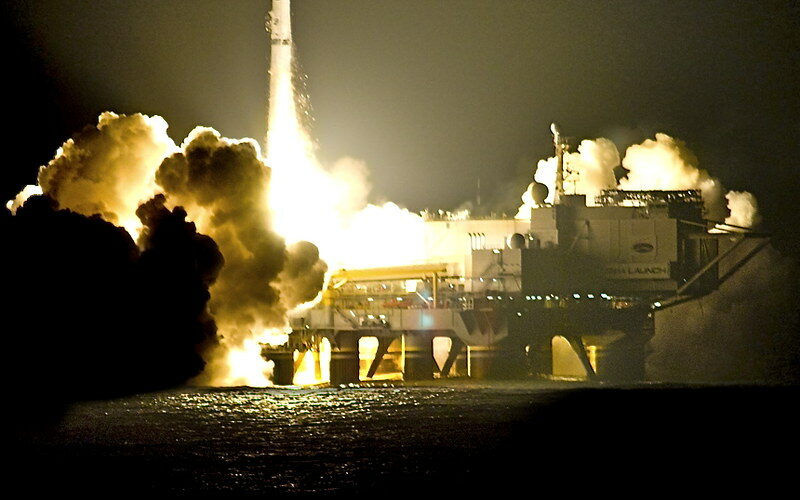 China is developing a ship capable of launching rockets into orbit, in an effort to increase launch safety and sustainability.

Expected to enter service in a year, the “new-type rocket launching vessel” will ease the pressure on the four main launch sites, as China continues to expand its space program at an unprecedented rate.

Measuring a substantial 162.5 metres (553 feet) long and 40 metres (131 feet) wide, the ship is under construction for use at the New Oriental Spaceport in Haiyang, Shandong Province.

The Spaceport project – also called the China Eastern Seaport – is led by the China Academy of Launch Vehicle Technology (CALT), the primary rocket manufacturer for the China Aerospace and Technology Corporation (CASC).

The vessel can reportedly launch the Chinese-developed Long March 11 rockets and the larger, more powerful ‘Smart Dragon’ rockets produced and developed by CALT. According to the Spaceport’s official social media account, the ship will be able to accommodate liquid propellant rockets.

Launching rockets from the sea presents several benefits for China’s space program. A mobile launch site will let China position its rockets closer to the equator where the earth’s rotation is most powerful. Near-equator launches require less fuel to leave the atmosphere.

A mobile platform will also allow China to choose ideal flight paths out of the way of major population centres. In May 2020, a Long March 5B rocket malfunctioned, falling into the Indian Ocean, causing no harm. To date, it was one of the largest uncontrolled descents in history.

Similar to SpaceX’s drone ships, acting as platforms for retrieving Falcon 9 and Falcon Heavy rockets, spent rocket stages which house engines and fuel, can also be retrieved from the ocean, allowing for re-use.

China’s space activity in 2021 has been prodigious. This year Asia’s largest space program has conducted a record 41 launches. The United States follows in a close second with 39, several of those being Rocket Lab launches in New Zealand.

China has previously experimented with sea-based launches, successfully carrying out two missions using converted barges as launch sites. At the beginning of 2021, CASC announced plans for two more sea launches but shelved them.

CASC did not say whether the production of the new-type rocket launching vessel was the cause for the delay.